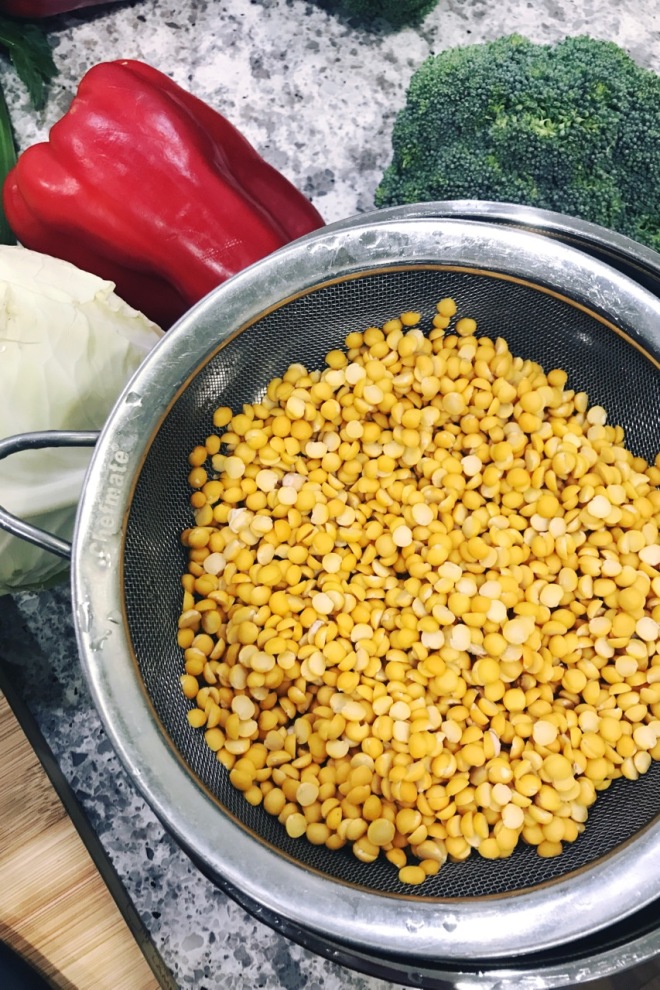 tale of a tuesday dinner

My intention for the day started nobly – started dinner early to avoid evening rush. So at 1-ish, I set about this lovely yellow split pea soup/dal/curry. I was gushing about the hue and brightness of the legume on Insta even. I had the split peas simmering with this homemade turmeric/curry paste within 30 minutes. Success!

The house smelled AMAZING and I was stoked for a Tuesday night dinner that would not be last-minute tacos. An hour later, the split peas weren’t done but figured they were close so I turned the heat off the stove and left them lidded in the dutch oven to finish up. Headed back to the studio for some work.

Was back home around 5:30 and they weren’t done. Boo! At this point, I realized that my bulk bin investment in organic yellow split peas had been a mistake. They were clearly not as fresh as their price would imply. Sigh.

6pm? Not ready. He kindly offered to go get the 15yo from the dojo so I could keep them simmering and get my rice and fixings done.

7pm? Crunchy split peas. 15yo & I had store bought tortellini.

8pm? Crunchy split peas. House smells AMAZING STILL and he is intent on holding out for this fragrant soup.

9pm? He gave up and went out to find something satisfactory to eat. No luck. Returned home and had sourdough waffles from the freezer for dinner. Super sad face.

10pm? I transferred from dutch oven to slow cooker and called it a day.

By morning it was fine, but good lord! Dinner is best when you get to eat FOR dinner. Was all set for lunches though.

I don’t have to deal with old beans at the bulk bins very often but it is definitely a risk. All dried beans are “old,” but there is a point where beans get too old… so old that they don’t really cook fully (still safe to consume). You can’t really tell if a dried bean is too old until you try to cook it which can be really frustrating if you are using special ingredients or homemade add-ins.

Tip: Shop at bulk bins that are heavily used and if you know your grocer, give ’em a heads up when you get some dud beans at home so they can toss the old stock. If you’ve already too far in to your recipe when you realize it, try pureeing a portion or transferring to a pressure cooker (Instant Pot) to complete it’s cook. Pressure cooking will soften the beans.