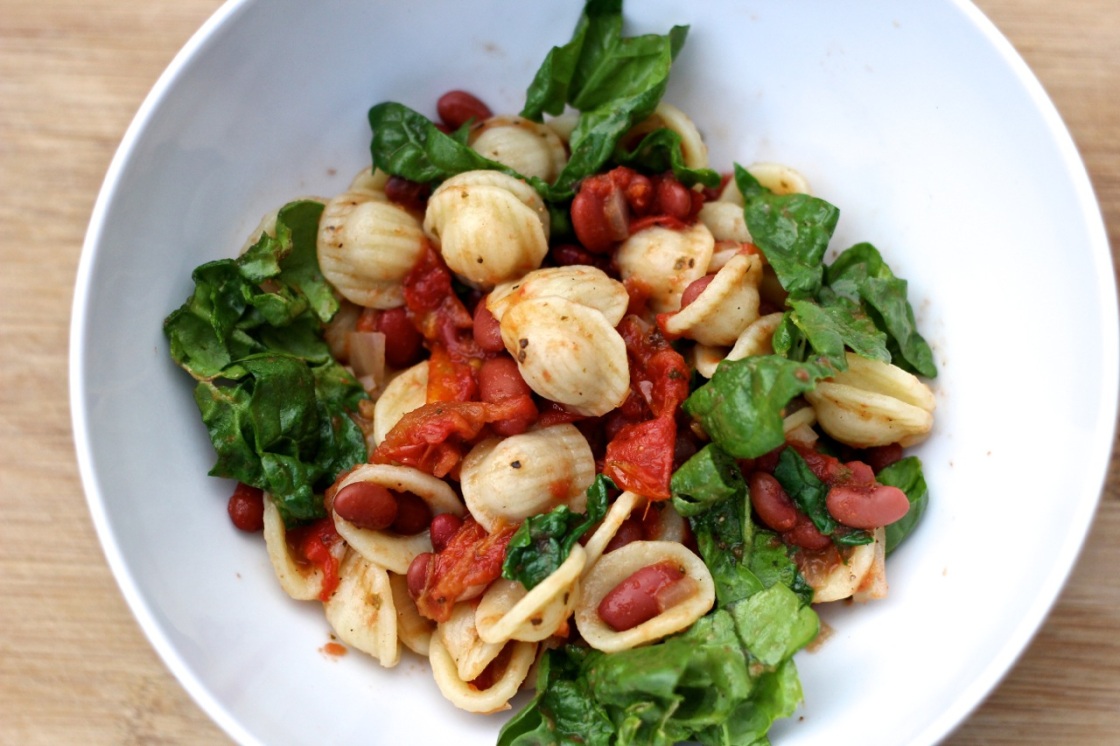 I had planned to make a veggie version of a Pasta E Fagioli recipe the other day, but after a long afternoon of errands and house-hunting, I found it to be just a tad too fussy for my mood. It called for pureeing a portion of the beans and broth and a couple of other steps that weren’t meshing with the hungry lions that were pacing the kitchen.

The ingredients for this version are easy enough to keep stashed in the pantry and it comes together in the time that it takes to cook your pasta. I happened to have spinach in the house from an earlier CSA pickup, so I tossed that in as well for a bit of green. 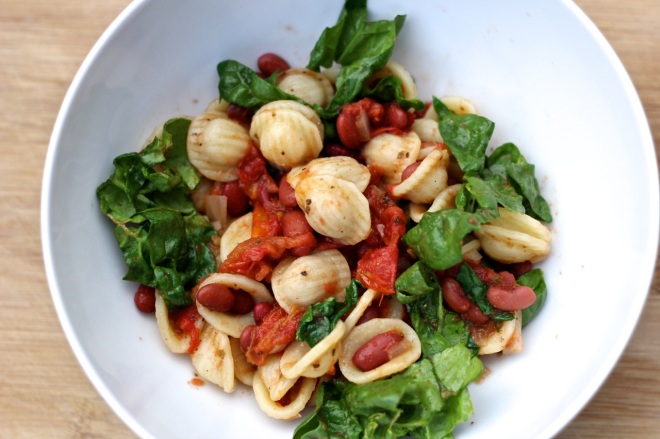 * Note: I made with this with red beans because it is what I had available. Cannelini beans and/or navy beans would work really well, too.